The disaggregation of the EU pledges

The EU is unique in its practice of internal burden sharing for GHG emissions reductions. Explicitly egalitarian norms are built into the legal frameworks, from the original allocation of obligations under the Kyoto Protocol, to the rules for the Emissions Trading System (ETS), to the allocation of mitigation targets in the non-ETS sectors.

However, looking forward, emphasis has remained focused on the overall EU target of an unconditional “20% below 1990” target and the conditional “30% below 1990” target. Even for the 20% target, individual national shares of the total reductions remain somewhat ambiguous, primarily due to lack of specification of equity-based adjustments to ETS allocations. For the case of a 30% target, there is much greater ambiguity, as neither the non-ETS sectoral targets nor additional ETS adjustments have been specified even provisionally.

Nonetheless, there are reasons to identify as nearly as possible the national targets implied under both EU reduction pledge levels. One source of useful analysis is this report

EU energy trends to 2030 – UPDATE 2009, September 2010.  Publication by the European Commission, Directorate-General for Energy in collaboration with Climate Action DG and Mobility and Transport DG, ISBN 978-92-79-16191-9

which used an economic model to determine the incidence of costs associated with a cost-effective distribution of mitigation. Under this process, the location of mitigation was specified to equalize national marginal costs; using a few assumptions, redistributive mechanisms such as trading, and the allocation of auction revenue were then used to identify the net incidence of costs associated with the modeled policies and targets.

From this information about cost incidence (see the tables below) it is possible to calculate the national shares of the total mitigation effort, and then – using the average cost of the necessary mitigation (e.g., to reach 20% or 30% below 1990 levels, starting at the specified “baseline” level) – national mitigation targets. That is, each nation’s target in each scenario is calculated according to the formula: 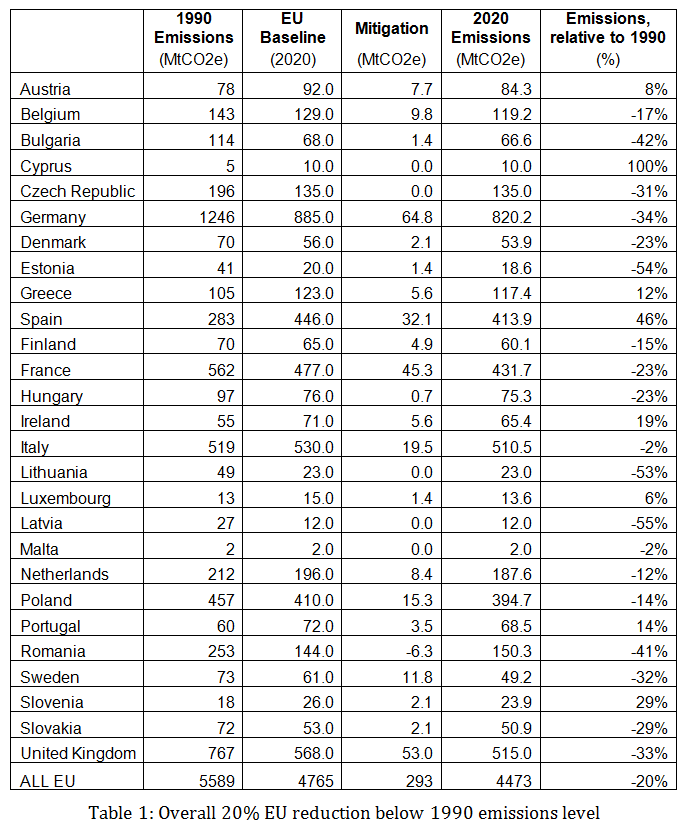 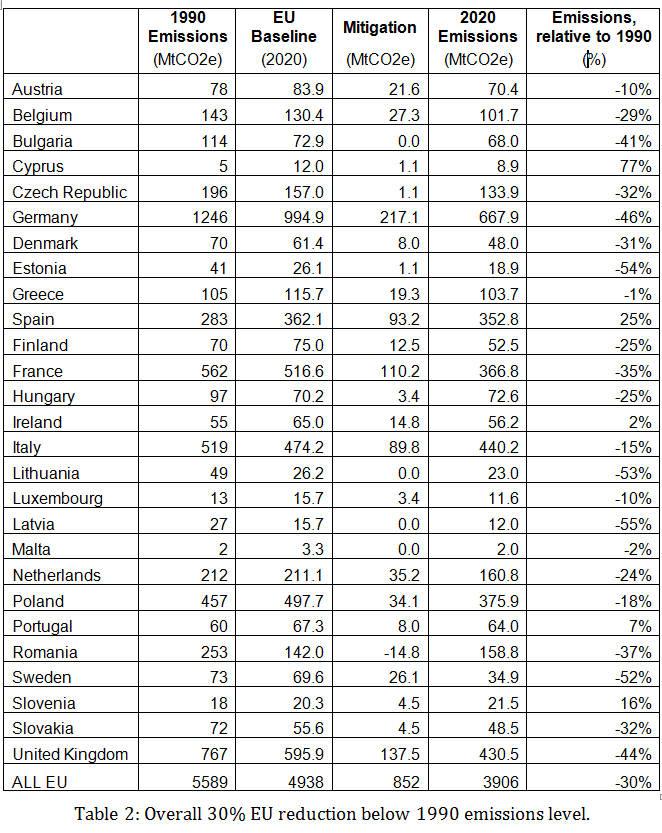